Why the Bouwmeester is worth fighting for: architectural quality in the new climate regime 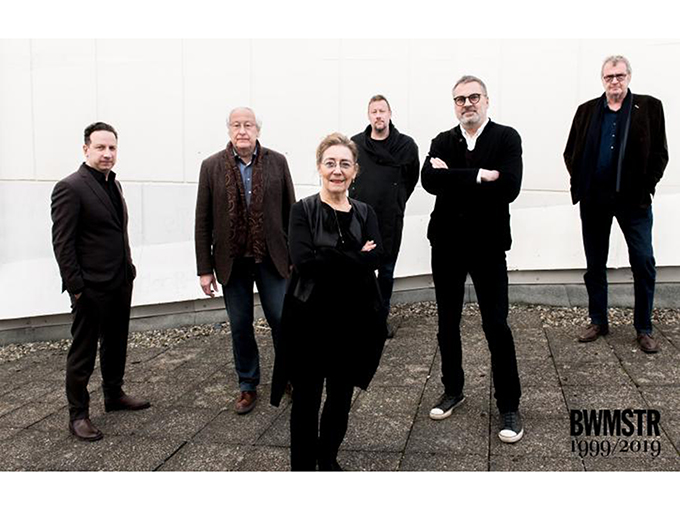 ‘You better not leave architecture to the architect alone’, was a oneliner by the first Flemish Government Architect Bob Van Reeth, summarizing his job description. The idea was that not only the design, but also the project definition needed careful consideration, certainly when it is about public commissions. Thus the Open Call was born, a limited tendering procedure, set up to advice the Flemish government agencies, local authorities and parastatal organizations in the project definition and selection procedure. It is assumed that 20 years of Open Call has largely laid the foundation for the international recognition that Flemish architecture enjoys today.

The function of Flemish Government Architect was created in 1998 by the former Flemish Minister of Public Affairs and Finance Wivina Demeester. The position of Government Architect was occupied each time by a practicing architect/urbanist, for the period of 5 years, each one nurturing a personal emphasis. The core business was to end the widespread nepotism in public commissions, which was often part of illegal party financing. Depolitization was the watch word and the Open Call was meant to redistribute important public building works to architects on the basis of architecture quality.

The functioning of the Flemish Government Architect was never free of political manipulation, but tensions were heightened especially in the term of Leo Van Broeck, a term that will end in May 2020. More than the previous Flemish Government Architects, Leo Van Broeck has elevated sustainability, biodiversity and global warming to the central themes of architectural quality. Also the mode of operation by Leo Van Broeck is unprecedented, as he did not shy away from public debate to hammer the same nail. The climax was certainly his initiative for a climate panel as a scientific support to the climate marches by school strikers in Belgium, January 2019.

Most striking is the resistance at the side of professional field, i.e. fellow architects and even predecessors. The internal critique mainly focused on the assertion that the climate agenda pushed by Leo Van Broeck puts at risk the continuation of the Open Call, and perhaps even the continuation of the function of the Flemish Government Architect as a whole. The critique was not only strategic. Also the climate agenda in itself was called into question by first Flemish Government Architect bOb Van Reeth, reminding Leo Van Broeck to ‘leave the countryside for the cows’.

The professional critique is justified in so far as the existence of the Flemish Government Architect is a hard-won result of a yearlong professional activism to improve the living environment in Flanders. It is understandable that lifelong advocates do not want to risk the future of this relatively young but successful instrument, knowing that each renewal of the Flemish Government Architect has been object of political manipulation. Also the Open Call has been put into question many times by the building market, most prominently by the G30, an association of the 30 biggest architect and engineering firms in Belgium.

Still the critique should be discarded as a conservative reflex, shying away from climate politics and presenting architecture as a virgin territory. The point is that the Open Call was not only meant to depoliticize design commissions, but also to professionalize it. In the heart of the functioning of the Flemish Government Architect, and the Open Call in particular, was the creation of what was called an ‘architecture culture’ in which the main value of architecture was situated in its capacity to transversally link different competences. The different Government Architect used different names for the same transversal logic.

The central adage of the first Flemish Government Architect Bob Van Reeth was ‘good commissionership’: good architecture is not only created thanks to the architects, but also thanks to good clients. To achieve this, it is necessary to think outside the standard division of roles. While in a linear process, architecture only comes to the fore in the translation of the requirements into form, in the working of the Bouwmeester, also the requirements became a sort of object of architectural design thinking.

For the second Flemish Government Architect Marcel Smets, the central concept was the ‘integrated architecture project’. Once again, the message was that architecture is not a sub-competence, but rather an opportunity to integrate all kinds of competences. Infrastructure works served as an example project at the time. The design of a bridge is not just a structural or aesthetic masterpiece, but it brings other fields of expertise and competences together: infrastructure, mobility, air quality, landscape, urbanism, and so on.

One of the important contributions from Peter Swinnen’s period as Flemish Government Architect were the ‘pilot projects’. Design challenges were identified within the most diverse policy areas, from hospitals and schools to brownfields, agriculture, student housing, collective living and more. In each case Peter Swinnen operated in close cooperation with competent ministers, public administrations and other stakeholders. The result was a kind of ‘unsolicited’ design practice, in which an innovative vision was proactively developed to venture into unknown territory.

This brief history makes clear that the eventual toppling (‘inkanteling’) of the Government Architect in the Environment Department would make no sense. In the initial period, Bob Van Reeth has always strived to move the function as quickly as possible from Finance and Public Affairs to the general powers of the Flemish Minister-President. With the idea that architectural quality cannot simply be accommodated within a sectoral competence, but cuts across all policy areas on a transversal basis.

This brief history equally makes clear that the admonishing fingers pointed by colleague-architects at Leo Van Broeck make no sense. If the Flemish Government Architect means anything in these times of global warming, architecture cannot deny the school strikers marching for the climate and turn to business as usual in the Open Call. Good commissioning, integrated architectural projects and exploratory pilot projects, these were three steps towards eco-systemic thinking. This is what Leo Van Broeck has put at the table. Architects better get used to it. Today you can no longer strive for architectural and spatial quality in the city and deliberately not think about urban sprawl in Flanders.

Draft text partly based on the article ‘De genealogie van de (klimaat)bouwmeester’ (The Genealogy of the Climate Government Architect) published in De Standaard, 09/07/2019