Forms of Activism as Democracy in the City 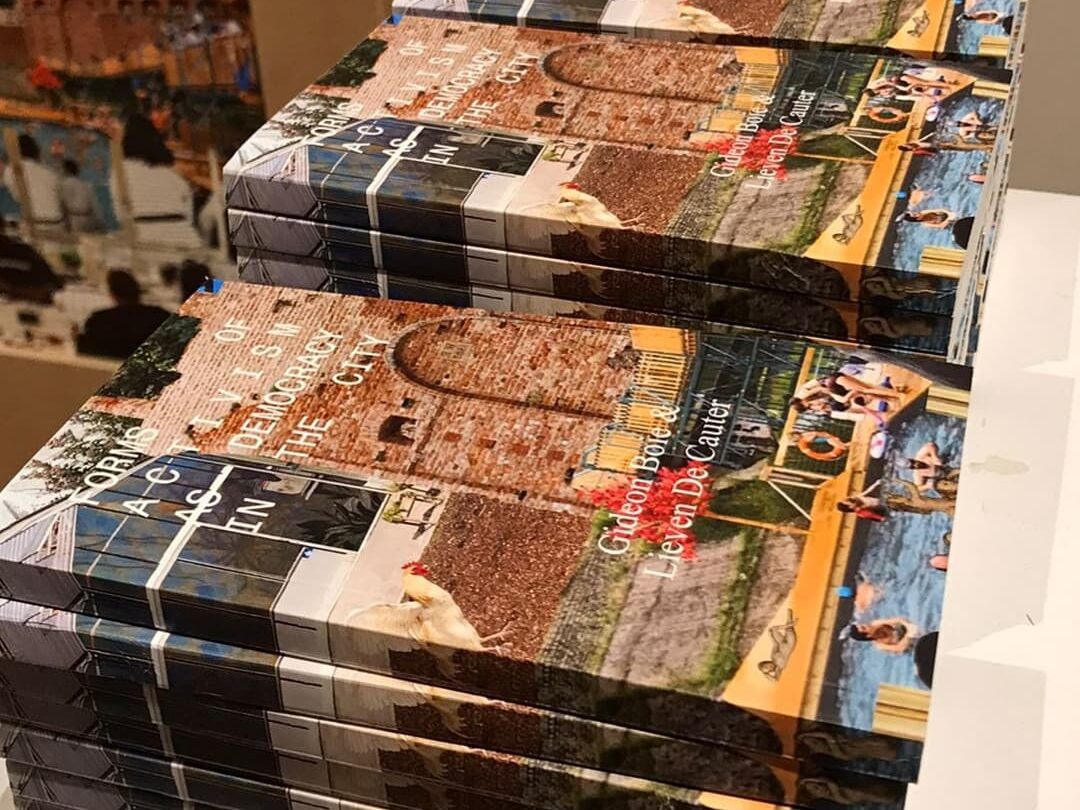 'Forms of activism as democracy in the city' is a tiny booklet that sketches a wide panorama of political, urban and architectural activism.

The book is an introduction to the course Architecture and Activism taught by Lieven De Cauter and Gideon Boie at the KU Leuven Faculty of Architecture. It is written in collaboration with Léa Denièle and Eneida Berisha.

Cinéma Jolia draws inspiration from our text to create a visual representation in three parts of this political, urban and architectural tale.

The book is part of the ‘Institution Building’ exhibition by CIVA, in the chapter on Agency, held in Brussels from 27 August to 7 November 2021 and curated by Nikolaus Hirsch, Matylda Krzykowski and Cédric Libert.

In this text we will try and sketch the broad field of activism, giving a general overview by zooming in on different forms of action and zooming out. At the crossroads of city and activism, we think it is possible to distinguish three big clusters of activism: first, political actions in the city, like street marches, occupations, and actions of civil disobedience, that mostly take place in the city but have a scope that is not linked per se to urban matters; second, urban activism, whose direct aim is the transformation of the city, the neighbourhood and the community; and third, architectural activism, which tries to contribute to the transformation of society from the specific angle of the profession of architect and/or the urban disciplines. The oxymoron of architectural activism is, in a sense, the holy grail this text is most interested in as it is the core of our business. It is a difficult one, as architecture is by nature in the service of money and power, while activism is mostly in opposition to money and power. By expanding the concept of architecture and redefining the role of the architect, some practices of architectural activism point in promising directions. Before we start the search for the holy grail of architectural activism, we will have to pass through the city as the ur-scene of political activism.

Informal summit on urban and architectural activism in Brussels

Boek verschenen: Too Active To Act