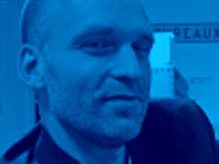 In Belgium the words of Robert Somol during the Projective Landscape conference would probably have caused a minor political earthquake. But unfortunately the conference took place at the TU in Delft, and that turned out to be the perfect place to reel off catch-phrases of all sorts about the status of design in what they tell us is a post-critical, post-ideological, post-political, post-historical, post-urban and post-capitalist world.

Reinhold Martin was subjected to similar treatment when he dared question the supposed post-ideological character of projective design practice. He was sharply critical of Kamiel Klaasse who, in presenting work by NL-Architects, outlined the kind of things a designer can do today. The result was an endless panorama: a designer can predict the future, offer alternatives, crawl into a corner, clear up, reaffirm the civic, freak out, rewrite the instructions for use, explore borders, bend the rules and much more. ‘The idea,’ responded Martin, ‘that the arrival of capitalism opens an immense field of possibility in which the designer can experiment freely is an outstanding example of ideology.’ Speaks in particular felt offended by this criticism, which he heartily laughed away saying, ‘The market is something that happens, and what happens is reality, not ideology.’

In the end Christine Boyer was the only person who succeeded in driving a wedge into the self-satisfied character of the projective design discourse. She did it by adopting what by projective standards was an altogether politically incorrect attitude and what no-one considered possible any more: following the premises of the projective discourse. Boyer gave a detailed account of the way in which the city, in the ‘operational plans’ of the American war machine, had become a central fact within a complicated game of manipulation, control and domination. It was cynical to see how the threesome of Somol, Whiting and Speaks seized Boyer’s speech as confirmation of what they predicted would be a development from theory to ‘design intelligence’. What they conveniently forgot was how Boyer situated this ‘militarisation of urban thought’ against the background of what she, along with Paul Virilio, denoted as a ‘consciousness disaster’ within the design world. ‘People celebrate “what is” and not “what could be”.’ Whether it’s about generic processes or shrinking cities, it’s all considered a natural development. Boyer saw this as proof that people remain blinded to the processes that allow the city to be what it is. The poetical image of a plankton city, which is how Koolhaas described the situation in New Orleans, cannot hide the fact that it’s the macabre result of reprehensible social processes such as race and class segregation, the drastic reduction of public-sector involvement in planning, and disastrous ecological geopolitics. In short, Boyer provided proof that now, more than ever, we need good old design practice – particularly within a design milieu that considers itself naturally critical.

Symposium temperatures rose to their hottest right at the end when, during the plenary debate on Friday afternoon, Willem Jan Neutelings provoked the projective character of the debaters. What, he asked, was he to do if after the next local elections in Antwerp a fascist mayor was to come to inaugurate the Museum on the Stroom building he designed? Neutelings even asked what he should do if he were asked to build a new head office for the fascist Vlaams Belang party? While the assembled panellists (twenty in total) fiddled uneasily with their glass, a high-spirited Robert Somol bellowed ‘take the job’. Somol then turned on Michael Hays: ‘I don’t care what you think. You do your thing and I’ll do mine, and let’s both have fun.’ Somol’s carefree attitude typified the conference mood. Nothing or nobody could discourage projective designers/theorists like Robert Somol, Sarah Whiting and Michael Speaks – closely followed by Wouter van Stiphout, Kamiel Klaasse and many more – from what they themselves saw as their appointed task of asserting and producing.

There is agreement about one thing within the projective world: along with the ‘theory-versus-practice’ division, the word ‘criticism’ should be removed from the designer’s vocabulary. While Somol (he talked about ‘lifestyle architecture’ marked by ‘the figure of cool’, though he offered no examples apart from painting a vase) and Whiting (she spoke of buildings as compound totalities and referred to her own body of work) found themselves in particular to be good, it was Speaks who turned out to be the profit of projective practice. He outlined an historical development from philosophy (within modernism) via theory (postmodernism) to intelligence (in the current supermodernism). The world of design needs to face up to this reality as soon as possible and shift to speculative, projective thinking. Speaks spoke of ‘actionable facts’ and ‘plausible truths’ – ‘maybe not the Truth but useful all the same’ –, strategies like ‘scenario-writing’ and ‘proto-typing’, and he cited Dutch examples such as Maxwan’s ‘Logica’ and MVRDV’s recent ‘KM3 – Excursions on Capacity’.

Clearly, there is no room within the projective design environment for theory as a self-critical reflection upon design practice. In the form of design intelligence, theory shrivels to something closer to data management in which all kinds of information directly relevant to practice is gathered. It was surprising how renowned architecture critics like Michael Hays and Arie Graafland had scarcely any answer to this triumphant proclamation of the ‘death of the critic’ and lost themselves in endless nuances. Theoreticians who challenged the projective discourse at a more fundamental level were rebuffed as ‘irrelevant today’.

Among them was Roemer van Toorn, who argued for more politically directed ‘projections’. He saw in the work of Whiting in particular a danger of ‘consensus architecture’ in which conflicts are smoothened over instead of played out in a strategic manner. Van Toorn saw the search for dissent reflected in OMA’s Casa da Musica. A wall covered with Delft blue, he claimed, turned this building into ‘a thing that caused one to think’. While Somol saw this as ‘something we do anyway’, Speaks dismissed it as old hat he’d heard ten years ago. In short, the American delegation saw Van Toorn as a typical adept of ‘Old Europe’, someone who’d not realised we’d entered a post-political era.