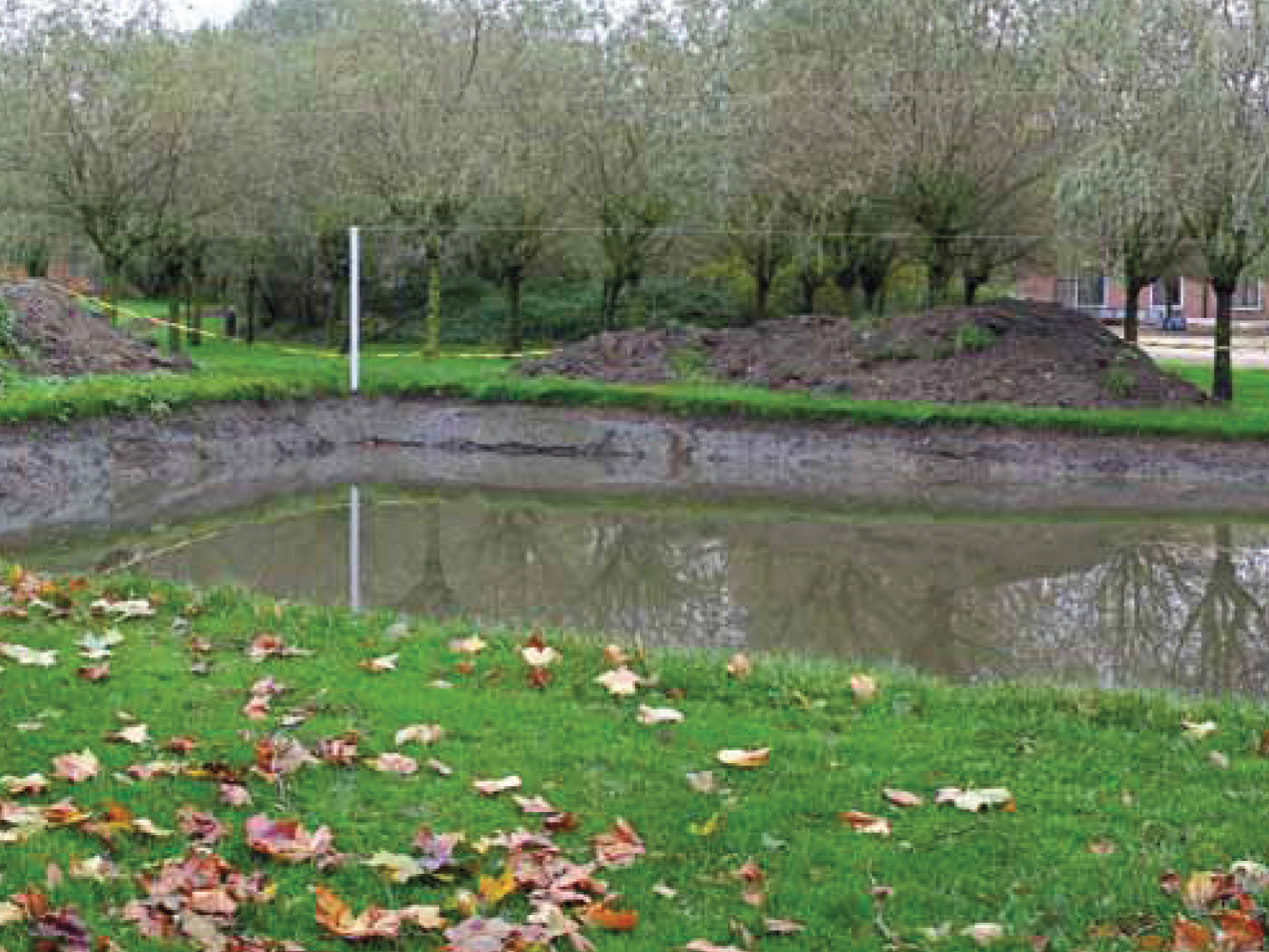 Art has a notable function in the context of mental health care. In official government architectural assignments it is customary to reserve part of the budget for what is called art integration. To give an example, the artist Joost van Zanden was involved in the design of the Lumen Admissions Department at the Sint-Jan Baptist Psychiatric Clinic in Zelzate. The cladding of the glass porch and a skylight cast a spectral light on the bare white hospital walls.

These artworks are limited but defensible. Colourful interventions hide the clinical functionality of the broad, bleak corridors of the admissions department. Legal standards and technical requirements result in the typical, monotonous hospital surroundings that we are familiar with today. In these instances, art compensates for what seems to be quite difficult in care architecture: the creation of a homely atmosphere for care or treatment.

Art integration is not always equally successful. Take for example the case of the bus shelter with a lamp-post and rubbish bin that were installed on the roof terrace of Hotel Min in the Seefhoek district of Antwerp. It is an artwork by Koen Theys, and the Flemish Government Architect’s art unit acted as mediator. The artwork creates a quiet spot on the internal promenade that runs through this forensic psychiatric care home. Detainees stay there under a half-open regime for a trial period at the end of a course of treatment at the Rekem Public Psychiatric Care Centre.

The roof terrace is now no longer accessible for everyday use. This internal decision is not down to the artist, but does point up the compulsive nature of the artwork. It is not only the safety of the roof terrace that is a problem, but also its low usability. The closure of the artwork shows that no one at Hotel Min particularly wants this sort of art. In addition to that there is the positive stigma of the bus shelter. The artwork focuses unnecessary attention on the unstable mental condition of the guests, who are at the end of their course of treatment.

The bus shelter clashes with the ‘invisible care’ that Hotel Min offers in an unremarkable urban setting. So there is an urgent need for another function for art in mental health care. The question is whether art can also make a contribution to the normalisation of mental health care.

The place that immediately comes to mind is the Dr. Guislain Museum in Ghent. The exceptional art exhibitions held there are intended not so much for the patients, but for a broad public – and often also include art produced by patients. In this way the museum completes the cycle of socialisation. It is a legal obligation to take target groups that have undergone treatment out of the psychiatric complex and to assist them to reintegrate into society. This museum enables the outsider to take the opposite route – towards the psychiatric clinic – not for care or treatment, but for cultural and educational activities.

At the Sint-Norbertus Psychiatric Hospital in Duffel we see a similar double movement in its socialisation. Here too Psychiatric Care Homes are set up in the village centre and here too the high walls of the institution are demolished to make the site accessible to everyone. In this instance, the organisation of a triennial art exhibition of work by widely-known artists draws in more people. In addition, many of the artworks are retained as a permanent installation in the park-like grounds. For example, Orla Barry’s The Stone Garden and Thierry De Cordier’s Chapel of Nothingness are the enduring result of the 2010 triennial.

The triennial removes the stigma of psychiatry. But Wim Cuyvers’ untitled work for the 2013 exhibition goes one step further. It consists of two proposals. In the first, a pit is dug in the hospital’s former rubbish dump. This relates to Cuyvers’ fascination for waste as an indication of the existential space. In the second proposal a patient is offered a week’s stay at Le Montavoix – a refuge the artist set up in the Jura region of France. Communication during the patient’s stay takes place formally by an exchange of cards which are later made public. The only predetermined activity is the cartographic recording of the land at Le Montavoix on the basis of three reference maps.

Proposal 2 cancels out the art integration assignment. It takes a person out of the industrial-clinical complex of psychiatry and offers a refuge. In this place the patient is absorbed into a strange game of words and cards. In this way, the artwork finally complies with the legislator’s pursuit of normalised care, even though this will never have been the intention. Proposal 2 also shows that the task of providing invisible care may have to be sought outside architecture.